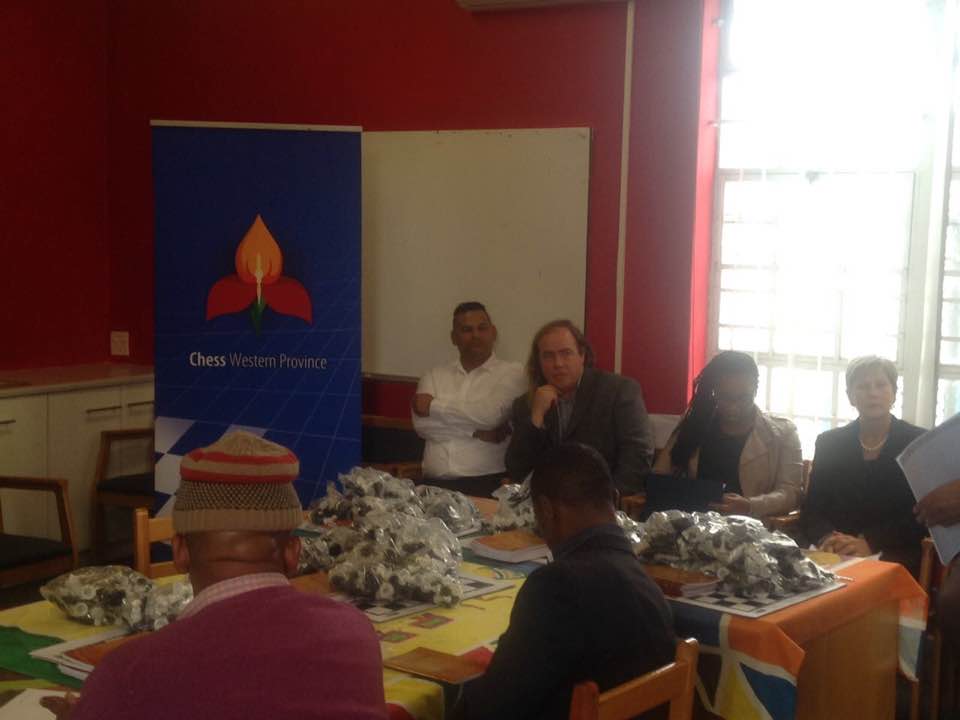 On Tuesday Paul travelled to Thembani Primary School in the township of Langa. Here a small function was held where 50 chess sets and books were distributed to 5 Headmasters of nearby schools. Seated next to Paul at the function is the Headmistress of Thembani and next to her in the Western Cape Minister of Sports and Culture, Anroux Marais. 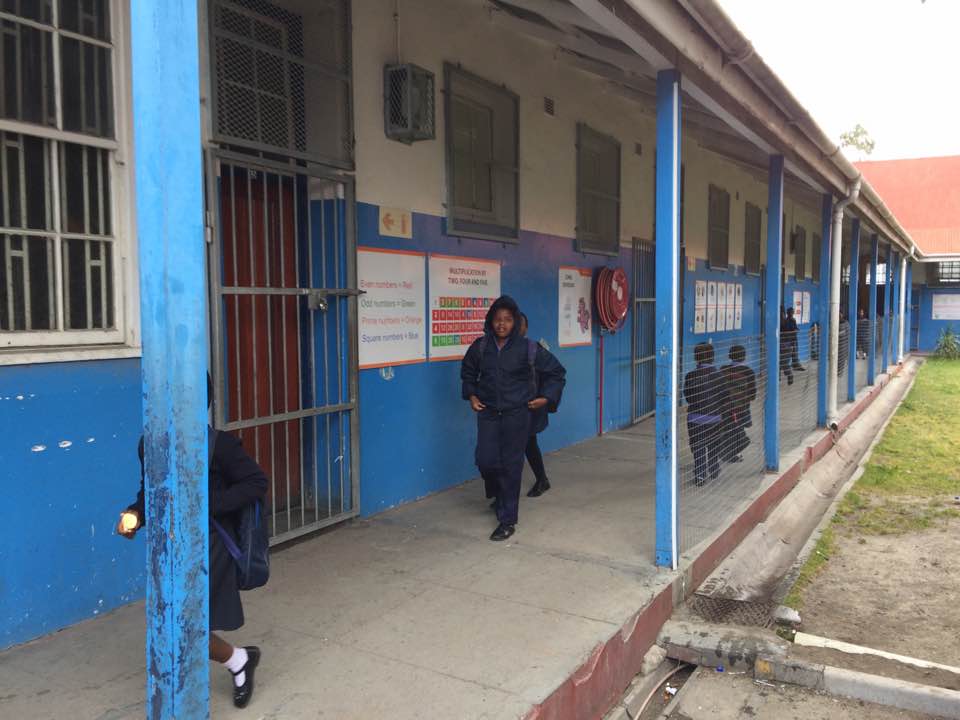 SalientQuants, is proud to be the seed sponsor of the first chess book ever to be written in an African language. It aims to directly reach those students whose first language is not English. The name of the game and of the pieces in Xhosa are invented in this book and expressed in terms that resonate in an African context. One of the features Paul suggested to author IM Kobese was that the ‘centerfold’ has the images of pieces that could be cut out and put in bottle tops if short of sets. Few people are aware of the richness of chess literature which dwarfs all other games, pastimes and sports combined. Most know that the first book printed on Guthenberg’s press was the Bible. Few know that the second book was Caxton’s “The Game and Playe of Chess”. 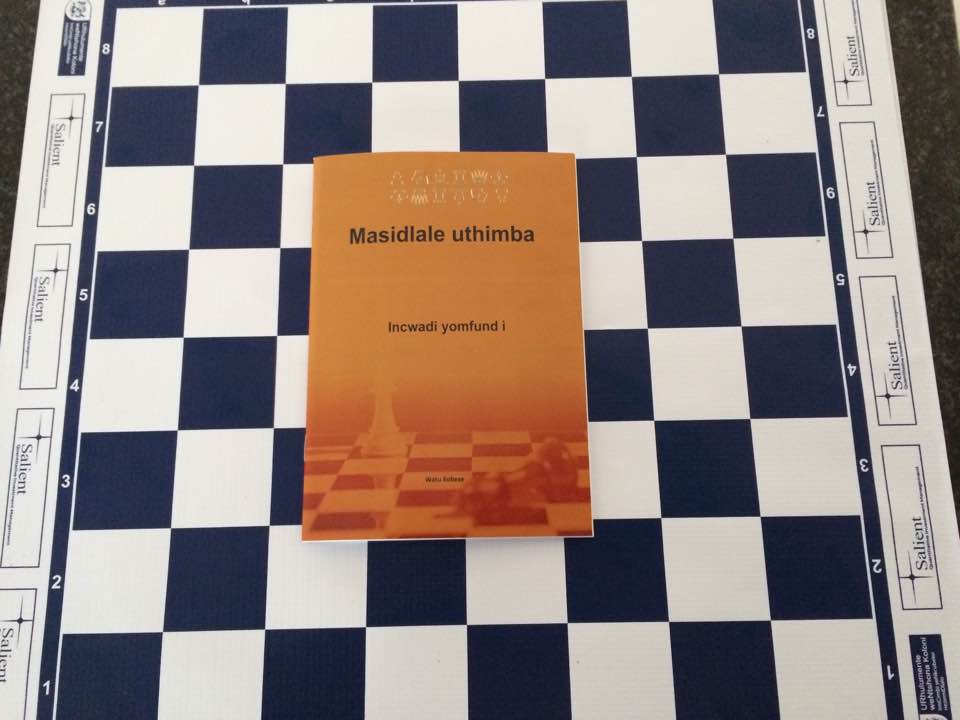